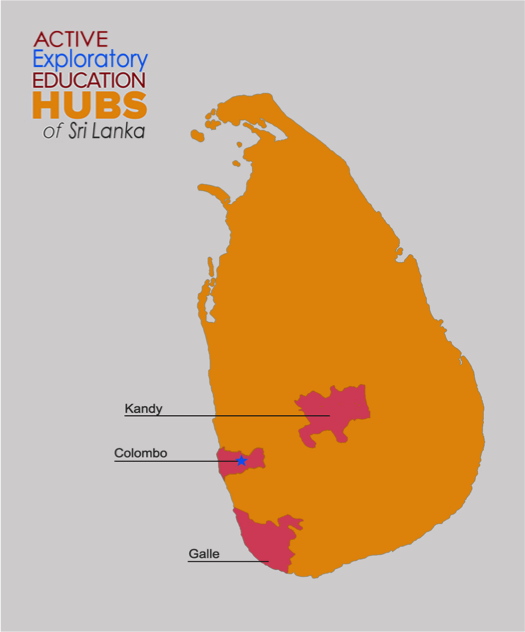 Sri Lanka was under the British colonial period from 1796 to 1948, and its education was heavily influenced by the British system. Until now, school examinations and curricular content remain modelled on the British examinations of the same names – the GCE O-Levels and A-Levels. In relation to higher education sector in the country, university admission process was marked as highly competitive due to the shortage of public universities.

“Less than seven per cent of university age (19 – 23 years old) adults were enrolled in university in 2014 and in 2015, 341,100 students were registered for tertiary programmes. As demand for higher education has risen, universities have become heavily oversubscribed and increasingly reliant on exam results. In 2014 only 58 per cent of secondary school students sitting GCE A-level exams qualified for university entry and among these students, only 18 per cent were admitted into higher education institutions.”

As a result, the number of private higher education providers in this country is growing to accommodate a demand from the market. There are a number of providers who are unregistered with University Grant Commission, in order to avoid the lengthy and costly recognition procedures stipulated by the government by taking advantage of a regulatory loophole that allows them to operate by seeking affiliation with foreign universities. Under current law, affiliated institutions can freely enter franchising and validation agreements to offer degree programs in partnership with foreign providers. According to the report published by HEGlobal 2016, Sri Lanka constantly remained in top five countries where the most UK higher education TNE is delivered since 2012 – 2013.

Noble Solutions has first entered the country in early 2017 and since then we are able to successfully develop three partnerships between our UK clients and local institutions. Additionally, we have ongoing discussions with local colleges in order to identify best suitable UK partner for collaboration. Contact us today to find out more about opportunities