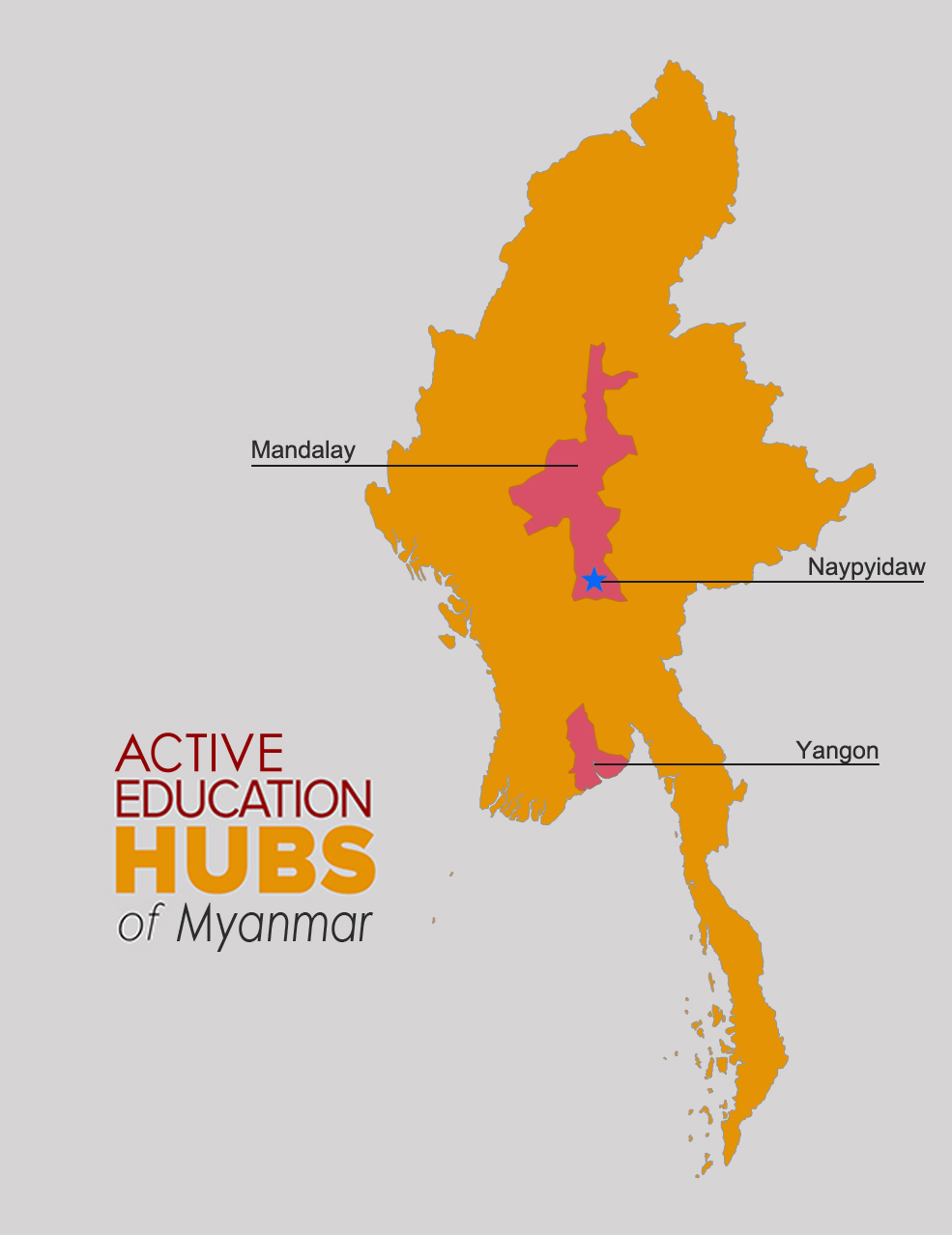 Since the opening of the economy in 2012, Myanmar has experienced a rapid increase in the number of private education institutions throughout the country, providing an alternative to studying at the public universities that are currently at capacity, and are widely viewed to lack progressive infrastructure, policies and teaching methods. Private higher education institutions have largely opted to deliver international qualifications, with the majority of institutions offering national diploma qualifications through UK organizations such as ABE, NCC, SQA, and Pearson, which are then complimented by level 6 top-up degrees offered by UK universities.

Additionally, a number of UK level 7 qualifications can be undertaken in Myanmar, as well as full university degrees (level 4, 5 & 6) that commence initially with a foundation year. Undergraduate and postgraduate qualifications from Australia, France, Malaysia, Poland, Spain and Thailand are also offered.

In early 2016, Noble Solutions commenced partnership development work in Myanmar, which at the time saw 6 UK universities delivering their qualifications in-country, with a primary focus on business and computing. As of early 2018, just 2 years on, the range of UK qualifications has expanded greatly, particularly in the field of engineering and hospitality/tourism through 14 UK providers, 4 of which Noble Solutions has been responsible for developing.

The below UK providers have operational TNE projects in Myanmar:

Given the vast network of colleges and universities that Noble Solutions holds in Myanmar, we are in an ideal position to develop transnational education projects on behalf of UK universities.

Contact us to discuss current opportunities that we have for UK universities interested in TNE projects at undergraduate and postgraduate level in the field of business and engineering in Yangon.